Last night London welcomed a true legend as country superstar Reba McEntire (or just Reba as she’s known now) graced the Budweiser Gardens stage. With a career spanning over 30 years, and the nickname of the ‘Queen of Country’, one might have expected Reba’s concert to be an over the top spectacle befitting such an icon. But concert-goers attending the singer’s “All the Women I Am” tour were treated to something even more special – just Reba. No elaborate catwalk down the arena; no explosive pyrotechnics display; no jumbo screens projecting schmaltzy images during hit ballads – heck, there wasn’t even a sign that said “Reba” anywhere in the place. This concert was only about the music and there was plenty of that to be enjoyed.

From her opening hit “Can’t Even Get the Blues” to her encore performance of “Fancy”, Reba fans were treated to a walk down memory lane as she shared the hits, and the stories that went along with them. Those who only know Reba as a singer might have been surprised to learn of all the acting roles she has done, including Broadway (Annie Get Your Gun), feature films (Tremors, Buffalo Girls) and television, of which she’s starred in two series – “Reba” and “Malibu Country”.

A poignant moment in the evening came just before the band launched into “My Broken Heart” as Reba remembered eight band members who were lost in a plane crash following a 1991 concert. And the crowd received a glimpse into Reba’s personal life as she discussed her friendship with Kelly Clarkson which began when Clarkson, then an American Idol finalist, asked Reba to perform a duet on the show with her. A friendship blossomed from that experience, and culminated this week in Clarkson becoming Reba’s daughter-in-law after marrying step-son Brandon Blackstock. If Reba plans on being a monster-in-law, it certainly wasn’t evident this night as she launched into a tribute to Clarkson singing a hit she wrote when she was only 16-years-old, “Because of You”.

The show-stopping number of the evening, however, was “Does He Love You”, performed in duet with band member Jennifer Wrinkle. Not many singers can match the power in Reba’s voice, but Wrinkle did that and then some. She’s a heck of a fiddle player too!

Reba’s opening act on this evening was Alberta’s own Gord Bamford. No slouch in the music department himself, Bamford holds 16 Canadian Country Music Awards, and reminded the crowd that Canadian country music fans don’t need to look across the border to find amazing talent. Singing hit after hit, Bamford kept toes tapping for a full hour...and even kept one woman in the fifth row on her feet through his entire performance. She obviously hasn’t heard that London crowds are more laid back than that, because her swaying did nothing to encourage those around her to stand. Kudos for the fan spirit though!

Earlier in the day, Bamford had visited LHSC’s Children’s Hospital to meet and perform for the kids, and to donate $10,000 from the Gord Bamford Foundation to the hospital’s Art Therapy program. Being a cause near and dear to this reviewer’s heart, I may be biased, but I truly believe Gord Bamford is a Canadian gem.

Three hours after it had started, as fans streamed from Bud Gardens, the same sentiments could be heard time and again about the event – ‘wasn’t that a fantastic show?’, ‘classic Reba’, ‘didn’t she look great?’  This night was about talent - pure, simple, stripped down talent – and for 7000 or so fans, that was more than enough to make this evening magical.


Some observations from the show:

1.       When you’re good at what you do, you don’t need to hide behind fancy productions
2.       It IS possible for a crowd of 7-70 year olds to enjoy the same show in their own way
3.       There aren’t nearly enough Stetsons being worn in London
4.       No matter how loud the performer is, your seat neighbours apparently CAN hear you if you’re singing out loud .... oops
5.       It’s intimidating to have a professional newspaper music reviewer sitting behind you as you review a show. Every time I saw him writing something, I felt bad for not bringing a notepad
6.       Budweiser Gardens remains one of the best places to see a concert – great sight lines, good acoustics, and an intimate feeling, even when surrounded by thousands of fellow fans
7.       London is quickly become Nashville of the North...except with snow...and fewer Stetsons 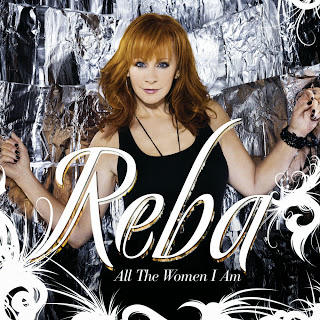 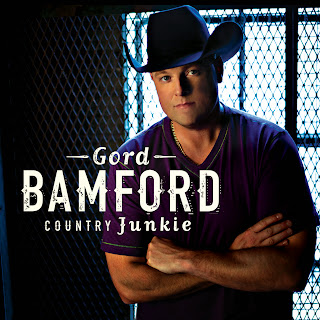