When I was younger, the thought of listening to a country music song was enough to make my want to run screaming from the room, likely shouting something profound like “gag me with a spoon”…ah, to be a child of the 80’s again! But over the years, I have found myself being drawn more and more to the catchy, if often heartbreaking, lyrics. I don’t know when my tastes began changing, but I think I’m slowly figuring out WHY they changed.

When you hear a song called “Live Like You Were Dying” at 15, it probably doesn’t have much of an impact on you. I mean really, how many 15 year olds a) are thinking about dying and b) know what they would change if they were. But add 10 or 15 years to your life experience, and chances are good that you have faced your own mortality at some point. Maybe you had a health scare, maybe someone close to you did. If you’re in a line of work like mine, working with people who are faced with their own mortality constantly, you find yourself counting your blessings every day, and asking yourself what you would change if you were faced with the knowledge that your remaining days were numbered. I do it almost every day. Following through on those things…now that’s a different story.

Or take your heartbreak songs. My current favourite is “Here Comes Goodbye” by Rascall Flatts. My apologies to anyone who has come close enough to me in the past few weeks to hear me belt it out. I sing it to my husband, who of course looks at me with fear in his eyes since it’s a

break-up song, but I just love the melody. As a teen, this song would have been pathetic. As an adult, this song puts a lump in my throat because I know how awful the pain of losing someone is. Rascall Flatts is particularly good at this type of ‘missing you’ song, and I love every one of them. Unfortunately, I also love singing every one of these songs, even though their lead singer’s voice is a couple of octaves higher than mine. I wonder if that is why my cat is deaf?

And THEN you get to the good songs…the drinking songs! Now I don’t drink. In fact, I’ve never been drunk in my life. But for some reason, when these songs come on, not only do they energize me, but I find myself singing them like I’m drunk. Why???? The king of the rocking drinking song is Toby Keith, who I have a love/hate relationship with. I love him because he’s hot (sorry honey). I hate him because he’s a redneck hick who loves George Bush, guns and war. But he’s still hot… 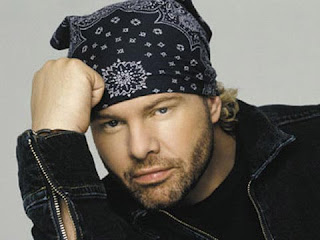 Songs like “You Ain’t Much Fun Since I Quit Drinking”, “Beer For My Horses”, “As Good As I Once Was”…kids can’t relate to beer brawls…well, actually I can’t either, but somehow I can appreciate them more now. It’s that bad boy thing again, I think. You’ll notice that as a theme on this site!

Now that I’ve risked losing half of you who have never heard of any of these songs…well, I hope you’ll go to You Tube and look for them…they’re really good! But it’s not just country songs I’ve come to respect. I have found myself gravitating towards pop and rock songs with messages…songs about love, hate, ignorance, faith. Although, I must admit, this genre doesn’t lend itself to quite as many profound tunes…I guess Flo Rida, Soulja Boy and Lady Gaga still have some growing up to do. They could all use an English class or two as well!

I am a huge fan of Jason Mraz, although I’m still not sure why he bends over backwards to check his tongue in the mirror. Surely there are easier ways of accomplishing the task. I was loving Fergie until “Boom Boom Pow” came out…not really sure about that one. I feel like I should be angry when I listen to it. And Pink’s “Please Don’t Leave Me”…and better yet “So What”. Here’s a lesson ladies…don’t write a song about how much you hate your ex if there’s a chance you’re going to get back together with him! Because then you have to put him in the video and it just gets awkward.

As you can tell, music is playing a huge part of my life lately. I guess it’s just where I am right now…living, loving, learning. If I could keep a beat or hold a tune, I have no doubt that right now I would be trying to get into a band…can you be a lead singer and a drummer at the same time though? Could prove tricky. It’s probably best that I just remain a listener and an ‘alone in the car’ singer. It’s too late for my poor cat, but at least I can protect the others.
Posted by Kathy at 9:14 PM